In 1973 Ken Thamert started Wrought Iron Handicrafts when he purchased three small metalworking tools from a company located in Hull England. Popular Mechanics had obtained information about these Metalcraft tools and after the shop editor tested the tools, he wrote a glowing three page article about tool operations. After reading the article, Ken called the shop editor and asked if the tools were that good and was told “they’re even better!” That’s when Ken purchased the set of tools and several tubes of metal.

Ken had been using a number of tools doing woodworking but recognized metal working to be enjoyable and unique as he didn’t know anyone working with metal. Within the first hour of Ken using the tools, he knew he needed to make them available to others who would enjoy metalworking as much as he.

Ken had been working as an office manager for several years in Rochester Minnesota and was dealing with a back issue doctors had diagnosed as rheumatoid spondylitis. He was told he might have to give up working for the company and should look for something to do at home. Why then did he get into metalworking? It is unique and he wanted something different but yet something to compliment the wood work many already had in their homes.

A weekly event known as the “Peoples Market” was just starting every Saturday morning in Rochester and Ken immediately became involved. He and wife, Dorie, went the first Saturday to show items made and sold out inventory almost immediately. The second Saturday the city Newspaper was there to take pictures and to do an article about the “fantastic metalworkers” now doing business in Rochester. Ken’s back started healing and he with Dorie would spend the next seventeen Saturdays, 19 in all, making metal creations in front of “People Market” attendees. Ken also approached three department stores in Rochester and each ordered as many extra creations he could make. All of his nights were taken making the metalwork ordered each of the previous Saturdays and this led to more enjoyment in providing beautiful creations to the many buyers and hearing from people asking how they could buy the Metalcraft tools. From originally making and selling finished metal creations, to the next 20 years where Ken focused on supplying Metalcraft tools to schools throughout the USA and Canada. The business grew to sending out 35,000 catalogs a year to schools and students all over America were now enjoying making metal creations and joining metal to wood in their industrial arts classes.

Seeing the excitement Metalcraft tools were providing to so many, Ken had left his job working in downtown Rochester to focus on his Wrought Iron Handicrafts business.

After spending much time providing Metalcraft tools to schools, shop teachers were now wanting to purchase tools for themselves in retirement. It would be a new source of income for them and we recognized that DIY people all over America and Canada would benefit in the same way.

In 1988 WIH purchased Kosy Creations, a similar long standing company out of California, and moved Kosy to Rochester Minnesota. Kosy Creations incorporates oxyacetylene welding with tools and metal designed for smaller, more delicate metalworking projects. This allowed an even wider range of quality metalworking tools and accessories. To this day our customers know us by both names; Wrought Iron Handicrafts, Inc. or Kosy Creations but our legal name is Wrought Iron Handicrafts, Inc. The logo name we use is Metalcraft.

Due to the increase in space requirements, in 1999 construction was started on WIH's present facility in Rochester MN. 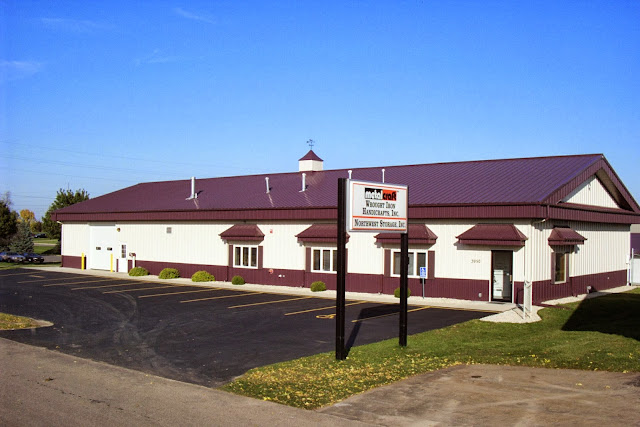 Prior to computer age, Metalcraft tools were promoted at trade shows all over America – from exhibiting on the Queen Mary in Anaheim California to the World Trade Center in Boston. Many of the exhibits were Home & Garden shows to several thousands in attendance at the National Hardware Shows in Chicago IL. For years mailing out catalogs and then following up with trade shows was a great way for us to promote the Metalcraft Range of tools and we truly enjoyed meeting so many great customers at the shows. However, like so many things with the advent of computers and websites, the internet became a much more effective way to reach potential customers and to stay in touch with current customers.

Scott Thamert, Ken & Dorie's Son, has grown up with Metalcraft and has worked with his father for over 37 years. Having unloaded shipments, stocked shelves, going to shows, filling orders, and other tasks required, Scott is now President of Wrought Iron Handicrafts, Inc. and has taken the company to a new era in people wanting to purchase Metalcraft tools. Ken is still involved in the company and his current title is CFO. When customers call, many times Scott or Ken will answer the phone as they like to stay in touch with their customers and hear the success stories first hand.

From the simple set of three small tools Ken started with, new sets of tools from the Practical Range, the Master Range, and the Professional XL5+ Range are available to provide one the opportunity to work with a wide variety of metal sizes and types.

Today, we continue to offer individuals, businesses, and schools our unique line of Metalcraft Tools, Kosy Tools, and metal stampings. Our philosophy is simple: Have quality products backed up with quality service. Treat others with the same courtesy and respect we like to receive.


SHOP THE STORE
Stay current on the world of Metalcraft!
- Receive Promotions and Updates!

Copyright . Wrought Iron Handicrafts, Inc. All rights reserved. Prices are in US funds.